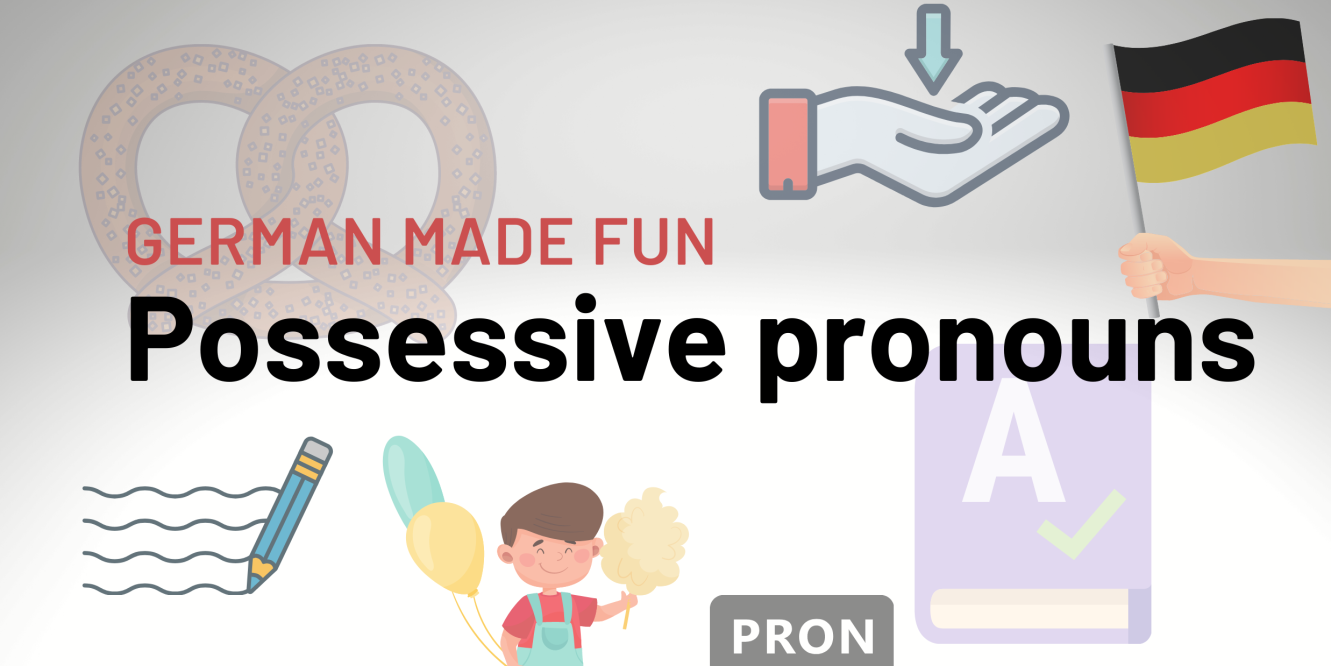 As you can see, a possessive adjective comes before the noun, while possessive pronouns are used after the noun.

If you would like to get a first glance at the whole mess, then take a look at the two tables below, which summarize all possible forms of possessive adjectives and possessive pronouns in German:

Ok, so far so complicated. Let’s make sense out of all of that!

First of all, just like in English, we use possessive adjectives in front of a noun and possessive pronouns after a noun.

Das ist mein Auto. (Possessive adjective)
This is my car.

Das Auto ist meins. (Possessive pronoun)
The car is mine.

Now the three forms – Nominativ, Dativ and Akkusativ come down to the part of the sentence that they are referring to. Do they refer to the subject, the direct object or the indirect object?

If the pronouns or adjective refers to the subject we use the Nominativ, like in the sentences:

If, however, the pronoun refers to the indirect object, we use the Dativ, like in the sentences:

Finally, if the pronoun refers to a direct object, we use the Akkusativ, like in the sentences:

I know, all of this might seem a little intimidating at first. And I’m not going to lie to you: This is probably one of the hardest things in German compared to other languages, but even if you make a mistake here, people will usually understand you.

The most important thing is that you know the Nominativ forms so:

These are definitely the most important ones and everything else derives from them, which is why people will usually understand you, even if you use the wrong ending – as long as you use the right grammatical person.

Don’t worry! It is the first step that is always difficult. But with enough practice, I’m sure that you will make it.

Stay tuned for more articles about this and other grammar topics for learning German!

Would you like to learn more about this and other basic topics of German? Then check out our courses:

These courses cover the most important aspects for learning German at a beginner level. While the first course (German Basics in 1 hour) is meant to give you a little overview and get into contact with the language, the second course (German Beginner Course) goes a lot deeper and brings you to the language level A1.

Both courses are full with useful exercises and quizzes, as well as downloadable .pdf-resources and many other things. So if you are interested, I we would be really happy to see you there!

View all posts by Luca